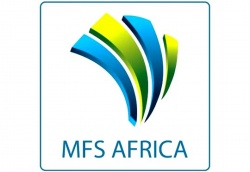 Paga is a Lagos-based FinTech startup founded by Tayo Oviosu in 2009.[1] Paga enables its users to send, receive and pay bills using its mobile platforms. The startup has established itself as one of Africa’s leading mobile payment platforms and remains at the forefront of African Innovation.

As of 2018 the startup confirmed that it has over 9-million unique users on its platform.[2]

Paga is a Nigerian FinTech mobile payment platform that allows its users to transfer money and make payments through mobile devices.[3] Paga acts as a mobile for various mobile devices. It allows registered users to conduct transactional activities using their mobile phone, tablet or via the Page website. The company was founded in 2009 by Tayo Oviosu and publicly launched in 2011.[4]

Paga’s interface operates as a digital wallet. Users are able to link their bank cards and accounts to their Paga e-wallet, allowing transactions to be completed on-the-go.[5] Transactions, bill payments and remittances are performed quickly to any recipient that has a phone number or email address. Fees are transparent and all transactions secure.

Paga allows anyone to request money from a Paga user and withdraw the money for free from a participating Paga agent. [6]

Paga raised US$ 10-million in their Series-B funding round led by the London-based Global Innovation Fund. Impact investors, Goodwell Investments, Unreasonable Capital and Omidyar Network, along with Mauritius-based private equity fund Adlevo Capital, were also participants in the round. [7] Paga received a US$ 2-million grant from Enhancing Financial Innovation & Access (EFInA) to develop and deliver low cost financial products through Paga’s nationwide agent network. The EFInA is funded by the Bill and Melinda Gates Foundation.

Paga has won several awards including the Most Innovative FinTech in Africa at the Africa FinTech Summit. They were named the top transacting money operator of 2017 by the Nigerian Inter-Bank Settlement System. [9]